It would not be an exaggeration to say that domestic heating, both district heating and individual, is ahead of the historic bend. If we get into this turn right, we will be very successful, if not, the results may be significant.

There are three fundamental reasons for this crucial moment for heating:

The term "heating" is still synonymous with district heating, which is responsible only for a portion of the heat supply area. The remaining large part of the heat stream is individual heating, which consume not only twice as much primary energy, but are also the main cause of poor air quality (smog). The awareness of the need to perceive these two areas at the same time is slowly beginning to break through. If we add industrial heat, we will see a huge energy sector responsible for about 30% of final energy consumption in Poland, which has not yet had its own coherent strategy.

Taking into account the government's declarations that the consumption of hard coal by the power industry will remain unchanged until 2040 and at the same time that the heating system will not be modernised, the imbalance between domestic coal production and demand for this resource will continue to grow (Fig. 1). 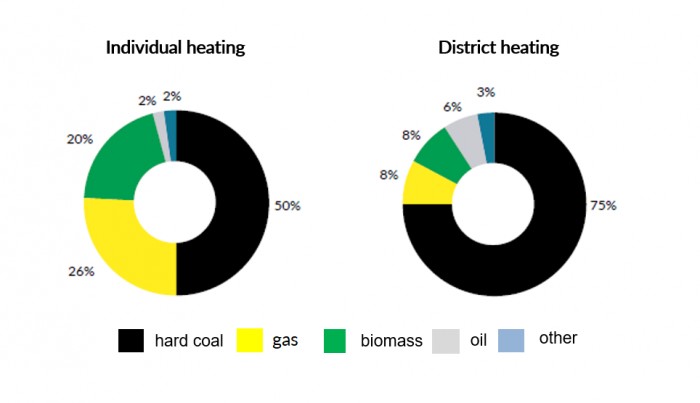 Figure 1: Coal production forecast in Poland compared to the needs of the energy and heat sectors

A similar situation occurs in the gas market, where demand is covered by less than 30% of domestic production. Therefore, if we do not want a further increase in Poland's dependence on fuel imports, we should first take steps to eliminate fossil fuels from the heat generation sector. That way, we'll kill two birds with one stone. We will improve energy security and air quality. The growing import dependence will probably translate into legislative changes, which will start to force the modernisation of the entire heating system.

The second fundamental reason for enforcing the transformation of heating is air pollution and climate change. The climate and environmental policy of the European Union and the governments of the Member States will lead to a permanent tightening of the standards of pollutant emission and reduction of GHG emission, which will translate into an increase in the costs of heat production in the event of no modernization.

In the case of Poland, modernisation of the sector is a major challenge, as evidenced by the structure of energy consumption in the heating sector.

The third fundamental stimulus that will force heating to modernise is the technological progress in the area of construction and heating technologies. The growing popularity and cost effectiveness of zero emission buildings, more efficient use of renewable energy, digitisation, electrification of heat (i.e. heat generation from electricity) and greater integration with the energy market will change the heat market paradigm in the near future.

It is important that the thermomodernization of the building, usually spread over time, is comprehensively considered, and the completed stages of work do not block the next, preventing the achievement of the required energy parameters. For example, when replacing the roof, one should remember about the length of the eaves, which in the future will allow to put a thicker layer of foamed polystyrene when insulating the walls.

The common assumption was to achieve the energy standard of the building after the modernization in accordance with the technical conditions specified in the regulations for the year 2021.

The analysis of the expenditures in relation to the obtained energy effects showed that the second option is optimal. In the third option, there is overinvestment and the achieved increase in the energy effect is disproportionate to the expenditures incurred. With this in mind, it has been assumed that the second option of thermomodernization will accompany the scenarios of modernization of heat generation sources, while the first option has been coupled with the reference scenario (which assumes no changes in the generation mix of heat sources) 1. Figure 3 shows the volume of annual expenditure per option and the aggregated amounts. 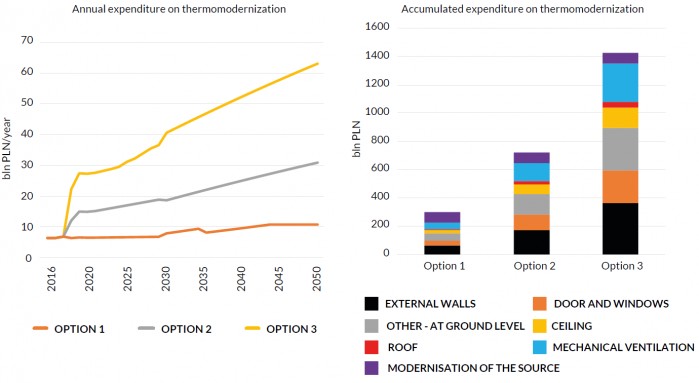 Figure 3: Annual and accumulated expenditures on thermal modernization of buildings

In the recommended second option, the cumulative investment expenditures until 2030 amount to PLN 218 billion, and until 2050 - PLN 502 billion. They apply to buildings both those using individual heat sources and those connected to district heating networks. As a result of the thermomodernization, the accumulated value of cost savings (in 2016-2050), including external costs, will amount to PLN 540 billion (for comparison, the unit energy consumption of buildings was applied as in 2016). Thus, the savings balance most of the incurred capital expenditures amounting to PLN 720 billion. It should be noted that the analyses have very conservatively estimated the value of external costs. It is also worth remembering about the multiplier effect caused by investment expenditures in Poland and the increase in employment. Estimates show that for every new job in the construction industry there is one in the services and related industries. Moreover, the above analysis does not valuate reduced dependence on fuel imports (gas and coal) and purchase of CO2 emission allowances on external markets in monetary values, which should also be taken into account in the balance sheet of costs and benefits.

While working out scenarios for the modernization of heat sources, we tried to maintain coherence with the EU climate policy and at the same time significantly improve air quality in Poland, mainly due to accelerated modernization of individually heated buildings and replacement of coal with other energy sources until 2030-2035. It is worth stressing that if we really want to improve air quality and eliminate smog, this objective should be included in the strategy for heating that is currently being developed. The adopted objective of reducing CO2 emissions by 80-100% (by 2050 vs. 2016) determines the generation mix and thus the share of energy from RES. While searching for an optimal option for thermal modernization of buildings, we calculated that it is possible to reduce the consumption of non-renewable primary energy by 80% in 2050 compared to the reference scenario. To achieve this goal there are two elements: increasing the share of energy from RES to no less than 60% and reducing final energy consumption by 56% (in 2050 vs. the reference scenario). It is to be hoped that the upcoming national strategy for the thermal modernisation of buildings will include a target of reducing the consumption of non-renewable primary energy at a similar level.

This would be a very strong stimulus for the modernisation of the heating system and a development impulse for the domestic "construction-related" industry. Figure 4 presents the financial effects of modernization of heating systems in the efficiency scenario (one of the three analysed scenarios) in relation to the continuation (reference) scenario.

As can be seen, the modernisation of heating requires an increased financial effort in the initial period, but since the early 2030s the total costs of heat supply will have been lower than in the reference scenario and the aggregate costs by 2050 will be around 15 % lower. It should be noted that the costs of heat supply also include expenditure on the thermal modernisation of buildings and external costs resulting from polluted air (health costs and costs of destruction of infrastructure). The authors of the analysis are convinced that the external cost of heating should be a component of the cost of heat incurred by the end user. This is what happens with district heating, through environmental charges and the cost of purchasing CO2 emission allowances. In the case of individual heat sources, however, such a cost is not incurred, leading to an imbalance in the market price of district heating and heat from individual sources.

The introduction of the 'polluter pays' principle in the area of individual heating would create natural market incentives for the thermal modernisation of buildings and the exchange of heat sources for those that do not generate environmental costs.

As can be seen in the next diagram, thermal modernization of buildings and exchange of heat sources leads to a significant decrease in heat demand (Fig. 5). If we want to reduce the costs of heating transferred to households and keep them at an acceptable level, it is important that the exchange of heat source is combined with thermal modernisation.

Figure 5: Heat demand in the reference and efficiency scenario

Effective fight against smog should focus primarily on households using individual heating sources for solid fuel, as this group is responsible for 90% of dust emissions of the entire heating sector. Only the adoption of the ambitious objective of replacing solid fuels with other energy sources, together with the parallel thermal modernisation of buildings, will make it possible to achieve noticeable environmental effects (Figure 6).

Both components of heating (district and individual) are the source of a similar amount of CO2 emissions, with the difference that individual heating does not (yet) bear the cost of purchasing CO2 emission allowances. The tightening of the EU's climate policy will probably lead to the imposing of growing emission restrictions, including on the 'nonETS' area. Figure 6 presents the emission of the entire heating sector in two analysed scenarios and a simulation (dotted line) of the reduction of emission allowances allocation for Poland, for the heat supply area from 2021. Without modernisation measures, our country will not have an adequate pool of allowances to cover the needs of heating, so it will be necessary to import allowances from the European market, which will worsen the trade balance of Poland. 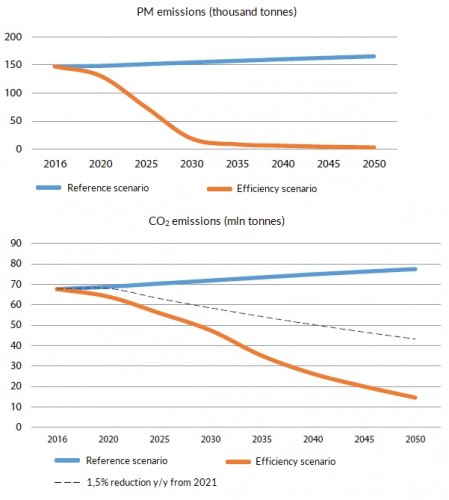 Figure 6. Emissions of dust and CO2 from domestic heating

The article was prepared on the basis of a report prepared by Forum Energii in cooperation with the National Energy Conservation Agency and the Institute for Structural Research entitled "Clean heat 2030. Strategy for heating."

1. In order to develop final recommendations, we analysed, the consequences of four scenarios of district heating modernization, from a national perspective: